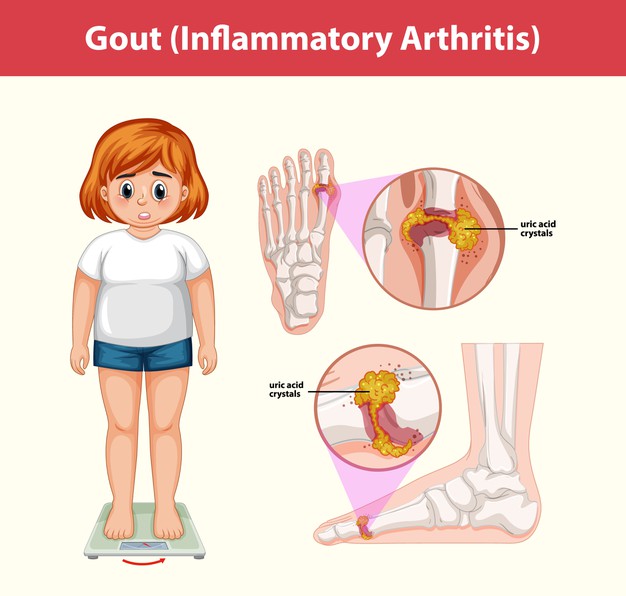 Arthritis is a joint disorder featuring inflammation. A joint functions to move the body parts connected by its bones. Arthritis literally means inflammation of one or more joints.

Arthritis is frequently accompanied by joint pain. Joint pain is referred to as arthralgia.

There are many types of arthritis (over 100 identified, and the number is growing). But mainly differentiated and mentioned in two major types as.

1. Those related to wear and tear of cartilage known as Osteoarthritis

2. Those associated with inflammation resulting from an overactive immune system known as Rheumatoid arthritis

• Metabolic abnormalities (such as gout and pseudogout),

• Direct and indirect effect of infections (bacterial and viral),

• Misdirected immune system with autoimmunity (such as in rheumatoid arthritis and systemic lupus erythematosus).

Arthritis is classified as one of the rheumatic diseases. These are conditions that are different individual illnesses, with differing features, treatments, complications, and prognoses. They are similar in that they have a tendency to affect the joints, muscles, ligaments, cartilage, and tendons, and many have the potential to affect other internal body areas.

Signs and Symptoms of ARTHRITIS

Symptoms of arthritis include pain and limited function of joints.

Inflammation of the joints from arthritis is characterized by joint stiffness, swelling, redness, and warmth. Tenderness of the inflamed joint can be present.

Many of the forms of arthritis, because they are rheumatic diseases, can cause symptoms affecting various organs of the body that do not directly involve the joints. Therefore, symptoms in some patients with certain forms of arthritis can also include fever, gland swelling (swollen lymph nodes), and weight loss, fatigue, feeling unwell, and even symptoms from abnormalities of organs such as the lungs, heart, or kidneys.

Arthritis is one area in which there are several studies which have shown that homeopathic medicines are efficacious.

Osteoarthritis is a degenerative joint disease and an aging disease where bones in the joints show signs of aging, inflammation and deformity, with the symptoms of pain, swelling and reduced mobility and the pathological changes in the joint are almost irreversible.

Homeopathic medicine can definitely alleviate the pain significantly but may not be able to cure the disease completely. Most cases respond well as far as the long-term pain relief is concerned. Homeopathic medicines are definitely suggested for osteoarthritis, especially for early cases where the medicines can slow down the degenerative process and offer considerable pain relief.